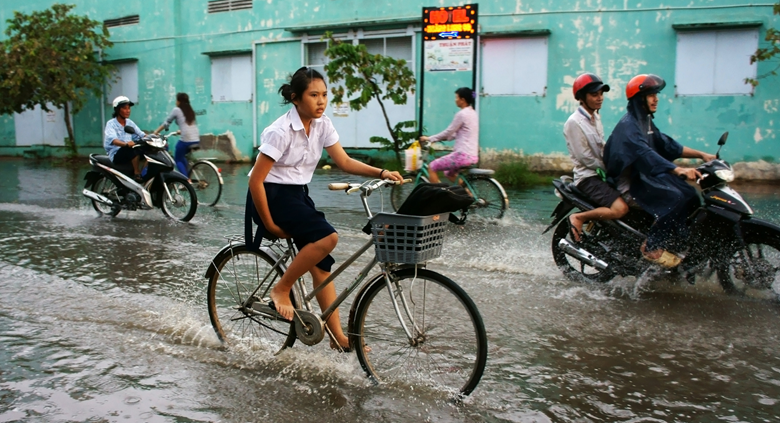 The economy of the APEC region is expected to grow by 6 percent in 2021 and will settle at 4.9 percent in 2022 in anticipation of the unwinding of fiscal and monetary support measures, says a newly published report on economic trends in the Asia-Pacific.

According to the latest APEC Regional Trends Analysis (ARTA), the Asia-Pacific expanded by 8 percent during the first half of 2021, following a 3.7 percent contraction in the first half of 2020. However, growth among member economies continues to diverge and uncertainties remain substantial.

Growth in the volume and value of merchandise trade accelerated by double-digits in the first half of this year thanks to the combined effect of a low comparison point following a substantial economic contraction a year ago and a rebound in economic activity. Trade in COVID-19-associated goods such as pharmaceuticals, telecommunications equipment and computers continued to be strong.

However, the analysis also saw a steep decline in greenfield investments to the APEC region, plunging to the lowest level in almost 20 years. This is particularly concerning given the crucial role they play in boosting infrastructure development and productivity as well as improving domestic technology and skills.

Another concerning development in rising inflation. The region recorded a higher inflation rate of 2.6 percent in the first nine months of 2021, after averaging 1.5 percent in 2020. The analysis points out the risk of an upward trend in inflation to economic recovery if left unaddressed.

“APEC, along with the global economy, is in uncharted territory, where recovery is underway even amid an ongoing pandemic,” said Dr Denis Hew, Director of the APEC Policy Support Unit, which produced the report. “There are many hard-earned lessons from the pandemic, central to which is that economic, trade and health policies are intertwined – and that good policies matter.”

“Unequal access to vaccines needs to be addressed urgently to avoid a two-track recovery,” Dr Hew added. “APEC economies should also think ahead toward facilitating a gradual and steady economic reopening to revive viable sectors such as travel and tourism, reinvigorate manufacturing industries and herald the emergence of new jobs, markets and businesses that could prove more sustainable as well as profitable.”

The report also addressed the existential threat of climate change for the region and humanity as a whole, as it will affect APEC economies’ financial systems, supply chains and consumer behavior.

“Addressing climate change is the realm not only of scientists, but of policymakers who can change the incentive structures and the rules,” said Emmanuel San Andres, an analyst at the APEC Policy Support Unit who co-wrote the report. “Climate change disproportionately impacts vulnerable populations, including the poor and Indigenous peoples, even as they contribute the least to it.”

The report noted that even in the best-case scenario, where climate change is kept at or below 2.0°C, APEC can expect GDP losses of up to 11.3 percent by 2050.

“We need to strengthen global and regional cooperation and emphasize actions, not just commitments on climate change,” San Andres added. “Tackling climate change requires a holistic approach across a range of areas and issues, including ensuring that implementation of green policies addresses its negative side effects.”

The report helps to set the tone for the APEC Ministerial Meeting and the APEC Economic Leaders’ Meeting to be held this week.

A graphical overview of the region’s economic, trade and investment performance by the APEC Policy Support Unit is now available. The APEC in Charts 2021 showcases 17 indicators as well as a section on the COVID-19 pandemic; showing the number of cases and deaths, the vaccination status, and the top five most traded COVID-19-related products in the region.