The 21 APEC economies account for 2.19 billion hectares of forest cover—over 50 percent of the world’s forests. They also engage in a significant amount of trade in forest products, which represents approximately 80 percent of the international trade in such products.

In 2010, APEC Leaders pledged to enhance cooperation to address concerns with illegal logging and any kind of trade associated with it, and to promote sustainable forest management and rehabilitation.

In 2011, APEC ministers responsible for trade directed officials to establish an experts group to promote trade in legally harvested forest products, combat illegal logging and associated trade, and build capacity. In the same year, at the APEC Leaders’ meeting in Hawaii, Leaders committed to implementing appropriate measures to prohibit trade in illegally harvested forest products and to do more to combat illegal logging and associated trade.

To accomplish this mission, the APEC Expert Group on Illegal Logging and Associated Trade (EGILAT) was created in 2011.

The first EGILAT meeting was held in 2012.

In 2014, EGILAT members agreed to develop a compendium of timber legality guidance documents, to promote the trade in legally harvested forest products within the APEC region. These documents seek to provide clarity and transparency for businesses, governments and civil groups on what constitutes legal and illegally logged timber within individual APEC economies.

In 2018, EGILAT members endorsed the EGILAT Multi-Year Strategic Plan 2018–2022 to guide its work over the next five years. Member economies look forward to EGILAT’s capacity building activities and other initiatives, which aim to contribute to APEC’s primary goal to support sustainable economic growth and prosperity in the Asia-Pacific region, as well as the milestone the goal of APEC Leaders to increase forest cover in the region by at least 20 million hectares by 2020.

In February 2019, in Santiago, Chile, during its 15th meeting, EGILAT agreed to implement a dedicated two-year policy theme focused on “Advancing the trade and distribution of legally harvested forest products.”

This two-year policy theme (2019–2021) has been successfully completed in December 2021 with the following publications:

The next EGILAT policy theme (2022–2024) will focus on “Advancing the trade and distribution of legally harvested forest products: Navigating to legal timber,” with possible activities as follows: 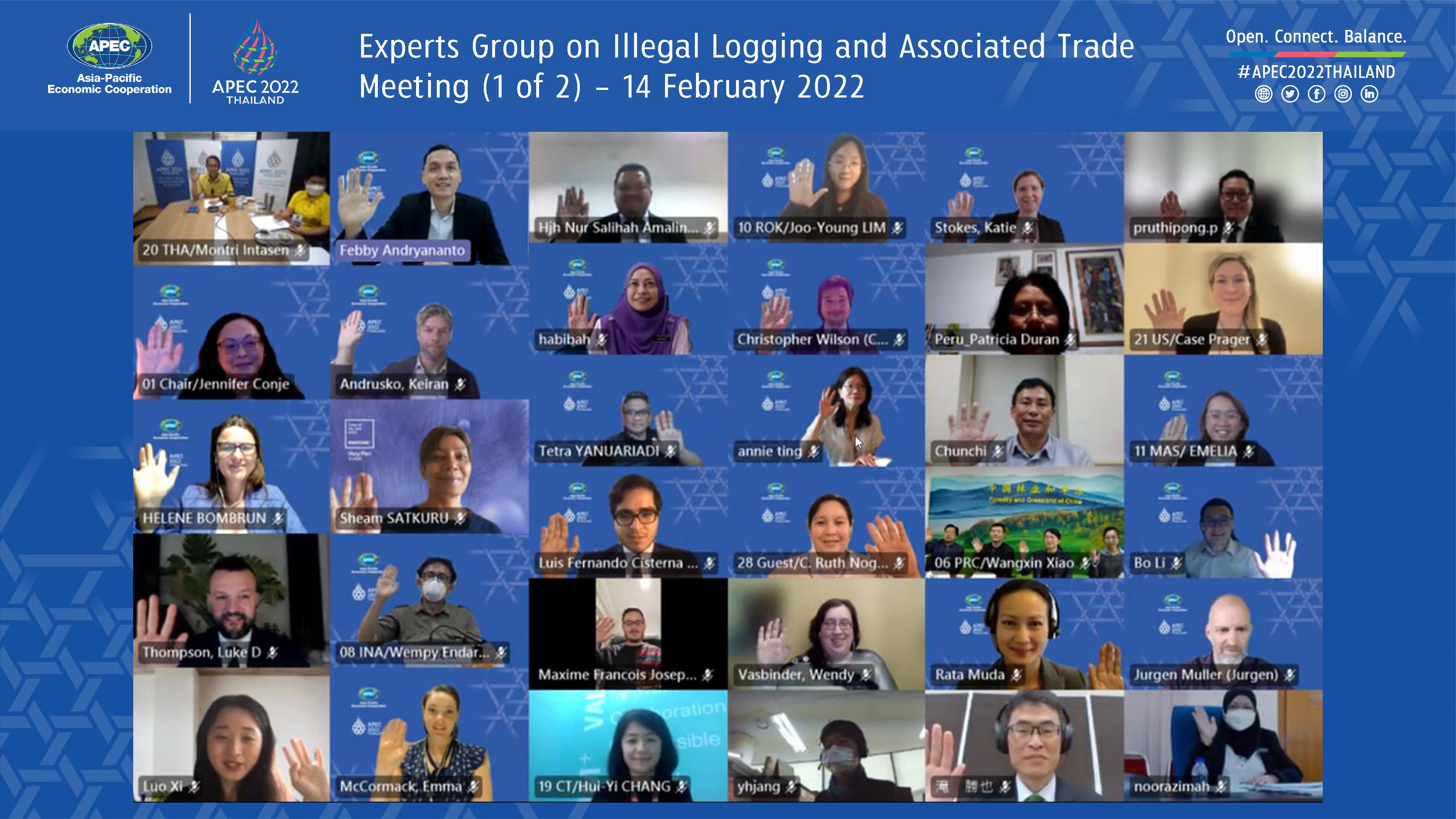 EGILAT’s 21st meeting (EGILAT21) was hosted virtually by Thailand on 14 and 15 February 2022. The meeting was presided over by EGILAT Chair Ms Jennifer Conje (United States) and opened by Director General of the Royal Forest Department of Thailand, Mr Surachai Achalaboon. Seventeen economies and four non-member participants attended the meeting.

Outcomes of the meeting: