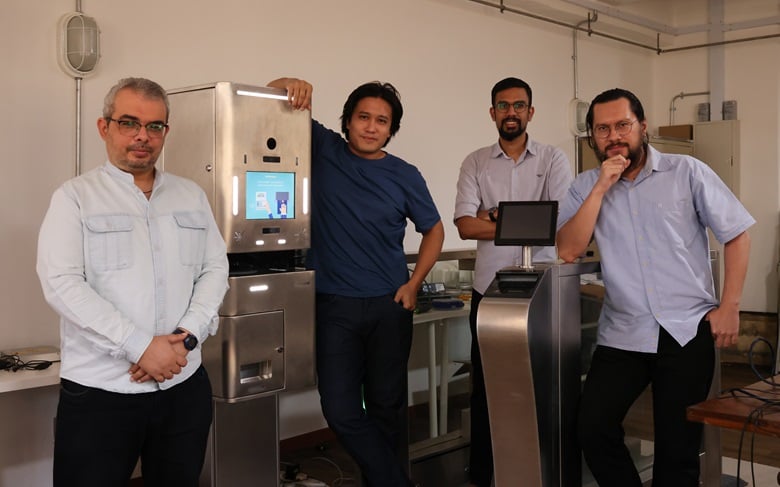 When Faisal Ariff and his team began developing automated airport gates seven years ago, their intent was simply to speed up the process of going through immigration. Back then standing in long immigration queues was considered to be an inconvenience. In hindsight, the experience was relatively smooth. These days, it is practically chaotic. New rules and restrictions, few of which are aligned across economies, have made travel in 2020 and 2021 truly difficult.

At a time when the COVID-19 pandemic ground air traffic to a near standstill, technological innovations to get people through borders are not about reducing hassle anymore—rather, they are one of the tools the region will need to help restore the devastated tourism and travel sector.

Ariff’s automated gates system, for example, will help make queues at airports short and safe, which can contribute to building back trust in air-travel and help get people moving again.

“In order to move the needle, we need to be quite proactive with developing digital solutions so that people can start arriving from all over the world again,” said Ariff, an entrepreneur from Malaysia who leads a group of digital innovators who never seem to stop tweaking and improving their work.

With these ideas in tow, Ariff and company created the APEC Traveller App—software that would make it possible for travelers to confirm their COVID vaccination status at APEC economy border crossings and immigration checkpoints by using a QR code—and joined the APEC App Challenge, which this year focused on building technologies to help the travel sector recover.

Ariff said such tools could prove crucial to reviving the region’s economy. Asia-Pacific businesses and communities had been particularly hard hit by the pandemic because of their heavy reliance on tourism.

“For Malaysia, tourism is 15 percent of our GDP, so we really need people to come back,” he said, “Hundreds of thousands of people have been left unemployed by this pandemic, a good chunk of them from the tourism industry.”

For their efforts and ideas, Ariff and his team won the 2021 APEC Digital Prosperity Award, which recognizes initiatives that have the most potential to broaden prosperity and inclusive growth in the Asia-Pacific. Launched in 2017, the award is supported by the Asia Foundation and Google.

After graduating from top law schools in the UK and US, Ariff worked for a short time in the fund management sector. But by 2014 he was looking for a change. He entered a competition for a graduate scholarship to Singularity University at NASA Research Park in Silicon Valley. To win, he needed to come up with a business idea that could impact one million people in five years in his region. He decided on automated airport gates that required passengers to swipe their biometric passports and scan their fingerprints. The opt-in service aimed to speed up the movement of people through airports in Southeast Asia. The idea paid off, winning him a spot in Silicon Valley.

In NASA’s Research Park, Ariff and a team of fellow students needed to develop the idea. They needed to build a prototype with limited means, with whatever materials they could find. He remembers borrowing a facial recognition camera and other bits of pieces of technology from students and others.

“It was amazing, we only had a few weeks to complete the task, but it actually worked.”

Back in Malaysia in 2016, Ariff hired software engineer Nik Sulaiman, and later, software developers Amjad Alhaneesh and Sherman Peter. They set to work building the technology that would make the APEC Traveller App possible—the challenge was making the system seamless, secure, and useful in real-world application.

Ariff spent months pitching the program to officials. Multiple parties also needed to approve the technology before it could be trialed, including airports, airlines and travel authorities. He was given the green light for a pilot program at Kuala Lumpur International Airport’s budget airline terminal. By 2018, the first passengers were swiping through.

“We received all this fan mail from people saying they were saving so much time by going through our gate,” he said. “That was fantastic because that was our entire agenda.”

To this day, the team is continuing to innovate their gates and is hopeful of playing a role to get the travel sector back on its feet in the APEC region. The App Challenge and Digital Prosperity Award are examples of avenues through which developers can contribute to efforts to reopen travel and economic activity when the time is right. This will be a priority for APEC in 2022, under the leadership of the new host, Thailand.

“Economies are dealing with vaccinations and testing in different ways. Each economy has different standards and authorization procedures at airports,” Ariff said. “There isn’t one simple process. But if we get the technology right, and people can breeze through immigration safely and securely, then hopefully they are more willing to travel again.”