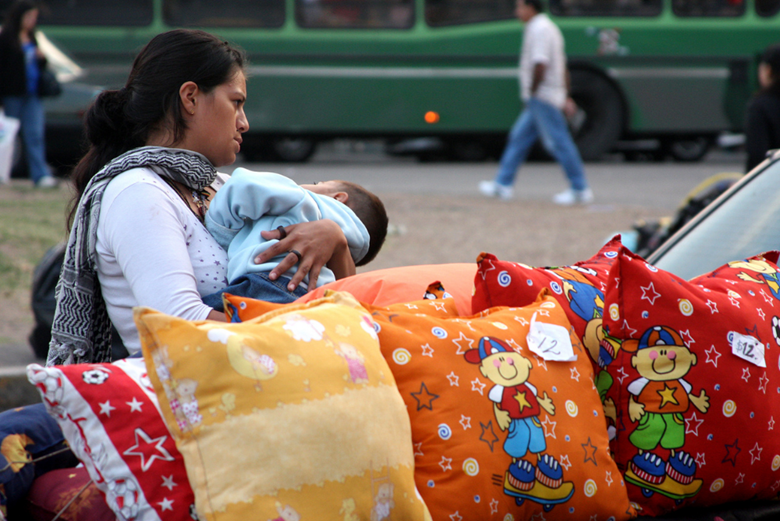 On average, women in the APEC region spend 4 hours and 20 minutes daily on work not compensated by wages, such as taking care of children, the elderly and sick members of the family, as well as doing household chores and voluntary work within the community. This is in line with the global average of 4 hours and 32 minutes.

The report further confirmed global trends that the majority of unpaid care and domestic work for both women and men consists of household work, with women carrying the greater share overall.

The value of unpaid care and domestic work differs across economies, according to the report. This is shown by data covering eight of the 21 APEC members, where the total unpaid work is as high as 41.3 percent of gross domestic product (GDP) in Australia while it is lower in Thailand, at 5.5 percent of GDP.

“The magnitude and impact of the burden that women carry are influenced by socioeconomic conditions, such as household income, education levels, marital status and children,” explained Rhea C. Hernando, a senior researcher with the APEC Policy Support Unit who wrote the report. “For example, women’s share of unpaid work generally doubles once they get married and have children.”

“However, we still need to dig beyond the fact that women shoulder the bulk of unpaid care and domestic work by calculating its monetary equivalence in terms of the contribution to the economy,” she added.

Along with assessing the monetary value of unpaid work, Hernando argued that it is equally important to count the costs of the wider and longer-term impact on women and girls, for example how it affects education, as well as the consequences for physical and mental health.

“Governments may look into allocating resources to conduct time-use surveys to determine time spent on the various categories of unpaid work,” she said. “These surveys should be designed to provide sex-disaggregated data to inform policy, however, the tricky part is to address the funding gap since only 13 percent of economies worldwide have a budget specifically dedicated to gender statistics.”

Aside from allocating resources to generate gender statistics, the report also advised member economies to address the issue of unpaid care and domestic work in a holistic manner. This means putting in place non-discriminatory policies and practices to support workers with family responsibilities as well as investing in public infrastructure, particularly electricity and clean water, and social services.

There is also a need for an integrated and continuous public awareness campaign, in close collaboration with the private sector, media organizations and the community. At the center of these campaigns is the promotion of gender equality to help reduce the unequal share of unpaid work between girls and boys, women and men.

“There is no doubt that women bear an unequal share of unpaid labor and domestic work, and this is affecting their participation in economic and social activities,” said Dr Rebecca Sta Maria, the APEC Secretariat’s Executive Director. “The availability and the range of data in this area is crucial in pressing authorities in the region for necessary policy adjustments.”

“APEC must continue to champion more frequent policy discussions about women’s economic empowerment, as well as promoting the importance of sex-disaggregated data, which will then make our economy more inclusive, with palpable benefits for everyone,” Dr Sta Maria concluded.