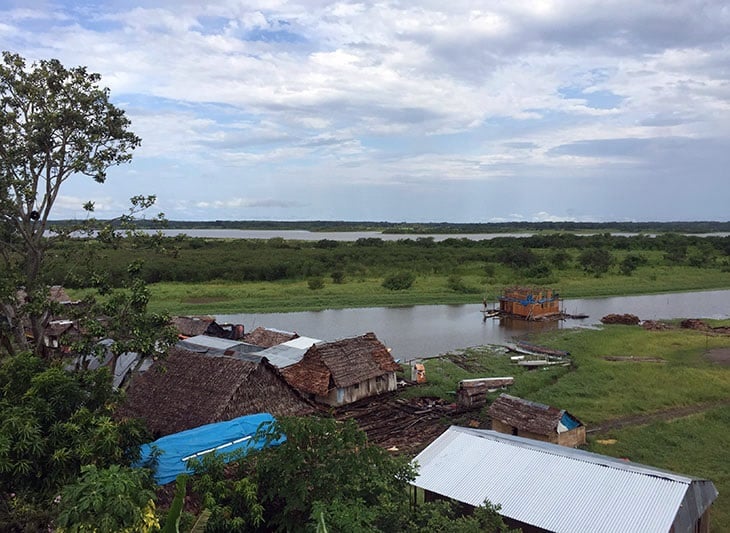 The Asia-Pacific is on the precipice of a disturbing uptick in poverty due to the increasing frequency and severity of natural disasters fueled by climate change and their ripple effect on water and food supplies, warn top emergency management officials from APEC member economies.

The threat has prompted officials to ramp up preparedness in the region, whose 3 billion people are affected by more than 70 per cent of all disasters worldwide. Actions to protect communities most vulnerable to these escalating hazards were taken forward during a key policy development meeting in Iquitos, an important trading outpost in the Peruvian Amazon where floods and stress on water resources are intensifying at the hands of climate change.

The extensive damage inflicted along the southeastern coast of the United States this past weekend by Hurricane Matthew and subsequent flooding, the appearance of the 20th typhoon this year in the Western Pacific and a historic drought in Papua New Guinea that has devastated agricultural production there further underscore the scope of the challenge.

“The onslaught of natural disasters across the Asia-Pacific is jeopardizing livelihoods and sustainable development on an unprecedented scale,” explained Alberto Lozada, Chief of Peru’s National Institute of Civil Defense, who chaired the APEC Senior Disaster Management Officials’ Forum. “The risk of socio-economic dislocation and a rise in poverty is very high in affected areas.”

“Peru and its partners in APEC are stepping up preparedness measures to reduce malnutrition and disease in the wake of a disaster,” Lozada noted. “This is a life or death issue for millions of people and has huge implications for the health and productivity of the region’s economies on which their livelihoods depend.”

Focus is on building cooperation between governments and with the private sector to ensure physically and economically accessible fresh water and safe, nutritious food supplies after a disaster strikes. It is a core component of APEC’s Disaster Risk Reduction Framework endorsed by the region’s Leaders in Manila in 2015. An implementation plan will be on the table when they meet in Lima in November.

“We are working to facilitate public-private partnerships vital to maintaining business continuity and trade across the food industry at all stages of a disaster,” added Kyoko Kondo, Co-Chair of the APEC Emergeny Preparedness Working Group. “This includes the pursuit of opportunities to strengthen engagement with the transport, energy, financial and telecommunications sectors that could boost resilience and response capabilities."

“APEC economies will continue to assess humanitarian and food security needs, and how best to meet them through policy action,” concluded Kondo, who is also Executive Director Asian Disaster Reduction Center. “Optimizing rules, regulations and exchange agreements related to food production, distribution and access has the potential to save many lives. It is also essential to sustaining the region’s economic and social progress, and will shape our collaboration moving forward.”

Finance Ministers from APEC economies will build on this work when they convene on 14-15 October in Lima. It sets the stage for further policy advancments leading up to the next APEC Senior Disaster Management Officials’ Forum in Viet Nam in 2017.