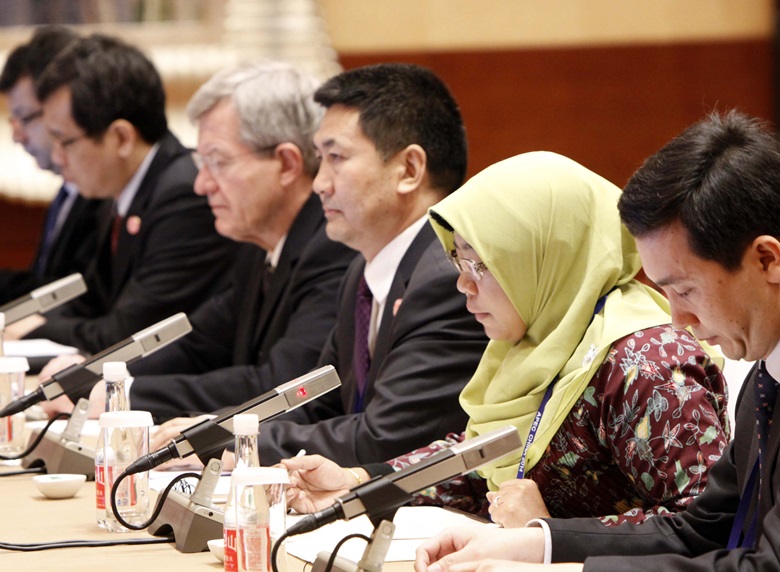 Anti-corruption authorities and law enforcement agencies from the 21 APEC economies have opened a ground-breaking new channel for the exchange of sensitive case information, significantly enhancing their ability to combat large scale corruption and bribery affecting the Asia-Pacific market.

Officials shared detailed insights into on-going criminal investigations and prosecutions for the first time on an APEC-wide basis during the inaugural meeting of the APEC Network of Anti-Corruption Authorities and Law Enforcement Agencies, or ACT-NET, which just concluded in Beijing. A secretariat, to be initially hosted by China, will manage information-sharing in an institutional capacity.

“As domestic anti-corruption efforts intensify, corrupt officials flee abroad and remain at large by taking advantage of legal differences between our jurisdictions,” said Fu Kui, Vice Minister of China’s National Bureau of Corruption Prevention. “This is a serious challenge to each economy’s rule of law.”

“By building a multilateral platform to strengthen work-level exchange and case cooperation, and expand channels for anti-corruption and law enforcement partnership, we could cut off the escape route of corrupt fugitives,” Fu explained.

“Criminals don’t stop at borders,” said US Ambassador to China Max Baucus. “So we must work together to stop them and fight graft internationally as well.”

“Whether it is bribery, embezzlement, or the misuse of public funds, corruption is corrosive,” he noted. “It scares investors and stifles economic growth. It decreases investment and trade. And that costs jobs for people in all of our economies.”

Each year, corruption costs economies globally more than USD2.6 trillion, or five per cent of total gross domestic product, according to the World Bank. It is also estimated to increase the cost of doing business by more than ten per cent.

APEC economies agreed to establish a network of anti-corruption and law enforcement authorities last year in Indonesia to stamp out these damaging side-effects.

“The establishment of this network is timely and crucial for APEC,” concluded Atty Novyanty, Senior Prosecutor at Indonesia’s Corruption Eradication Commission. “The trust and relationships that we build together will encourage a more open exchange of information and reduce dependence on formal cooperation or mutual legal assistance approaches for stronger, more effective law enforcement measures.”

Downloadable high resolution photos from the First APEC Network of Anti-Corruption Authorities and Law Enforcement Agencies are available at this link.

Further details on anti-corruption cooperation between APEC economies can be viewed here.