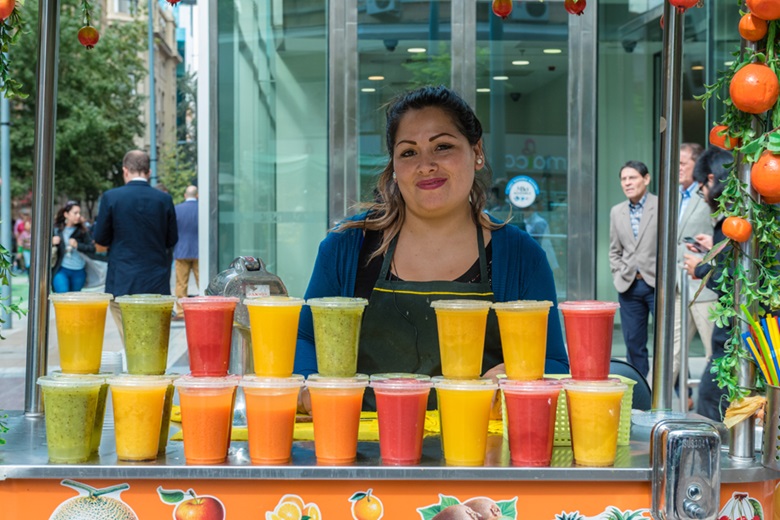 To formulate good policy, officials need data, which is a crucial ingredient in all of APEC’s work areas.

Every click on your computer or mobile device is recorded by another computer somewhere else on the planet for the use of someone who wants to sell you something. Social media platforms gather ultra-precise, real-time information on their users with thousands of data points. In a time when mobile phones outnumber people, everything that has to do with digital transactions is the most perfectly measured aspect of the economy.

Nevertheless, it is notoriously difficult for researchers to find, for example, the number of women engaging in the digital economy or in small business, what ages they are and what jobs they are doing.

It is common knowledge that the kind of data gathered on social media already informs private-sector policy. It helps product developers figure out what people want, and it helps advertisers target potential customers with precision.

The same data would be valuable in the hands of well-meaning policymakers, particularly in promoting inclusivity by filling gaps in the access and economic participation of women, small business owners and other underrepresented sectors of society. Seeing as this is an important part of APEC’s work in 2019 owing to the priorities of APEC Chile, now is an opportune moment to get the conversation started on how to make data available for this purpose. 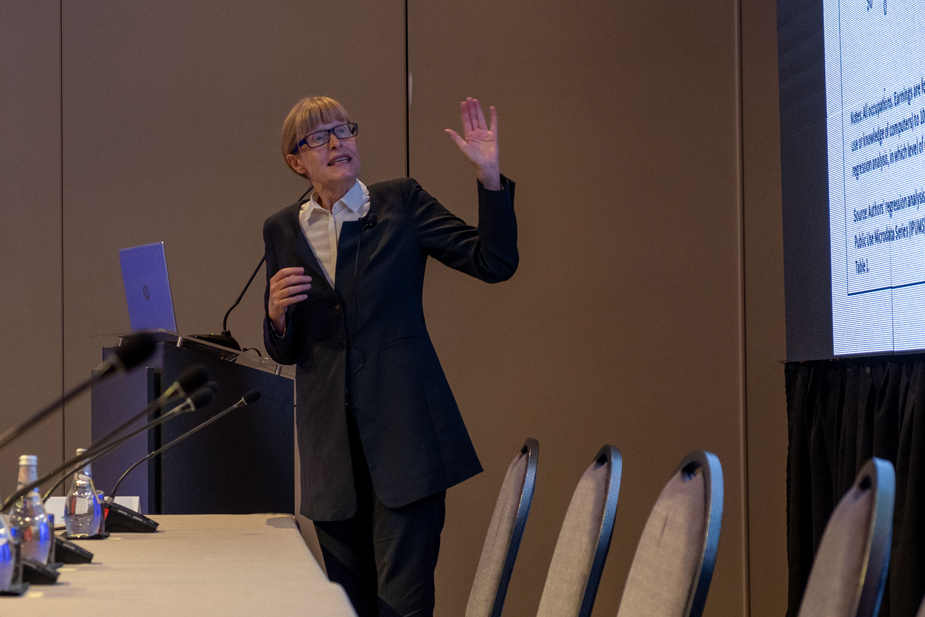 Ariane Hegewisch of the Institute for Women’s Policy Research

“Access to the internet and to digital skills is particularly important to small and medium enterprises and for women to equally participate in small business and entrepreneurships,” said Ariane Hegewisch of the Institute for Women’s Policy Research in the United States.

To do something about it, though, requires data that are more rigorous. 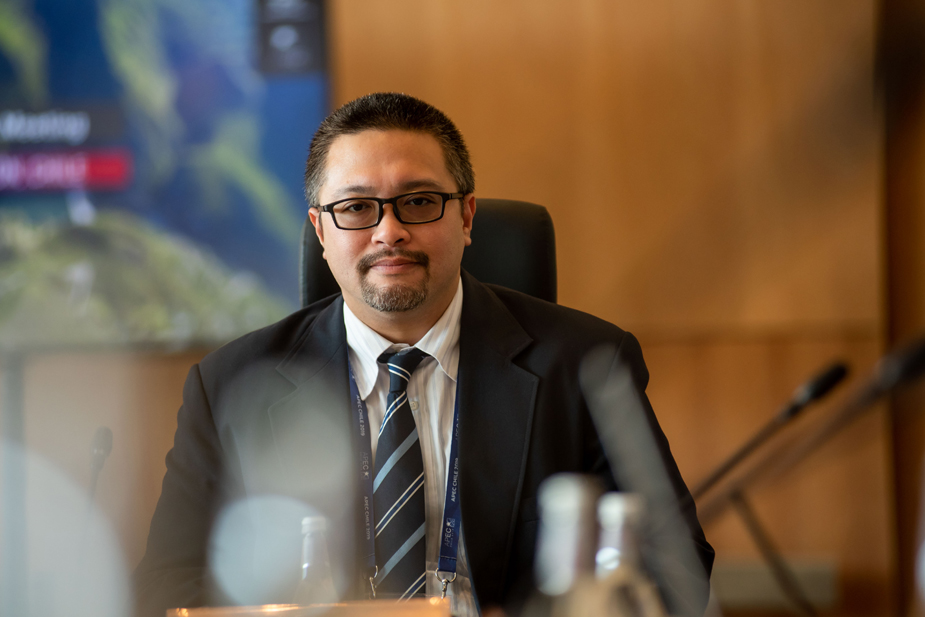 “We need to track achievements and gaps in equalizing access to opportunity,” said Emmanuel San Andres, an analyst at the APEC Policy Support Unit. “We want to measure the differences in access to training and infrastructure. We want to offer insights into skills gaps and mismatches. We want to know what the demand is for labor in the digital economy. We want to monitor cross-border physical and virtual labor mobility.”

For someone in San Andres’s line of work, where data is bread and butter, any unavailability of data for policymaking, or policy support, is all too apparent.

“We’ve been asked these questions a lot,” he said. “How many people in our economy or in the APEC region are in gig economies, or are involved in things like Uber or Grab, or are engaged in Airbnb or cloud-based work? We don’t know because we don’t have the data.”

“The more we look into inclusion in the digital economy, the more we see there is a lack of regular, harmonized and systemic data on digital gender gaps and gender inclusion, as well,” he said.

Hegewisch and San Andres were in Concepcion, Chile, in early September to participate in a workshop to discuss the implications of technology for gender equality—an event on the sidelines of APEC Small and Medium Enterprises Week. SME Week is a regularly held cluster of meetings that bring together senior and minister-level government officials from around the APEC region to tackle the challenges facing the future of small enterprise in the Asia-Pacific.

This year, the activities surrounding SME Week are as much about digital technology and the gender gap as they are about small businesses. The three issues are intertwined elegantly: many small businesses are either owned by or employ women. While they employ much of the workforce, small businesses are laggard participants in global trade, a fact that stifles their potential. A way out is adaptation to digital—a fact known by many entrepreneurs already, but ultimately public policy and public programs are needed to make digital adaptation by SMEs mainstream.

To formulate good policy, officials need data, which is a crucial ingredient in all of APEC’s work areas, especially when involving the development of evidence-based policy. When APEC Leaders were laying out the actions to be taken to achieve free and open trade and investment in the Asia-Pacific by 2020, they put a lot of emphasis on data collection and harmonization.  And while progress has been achieved, especially in the realm of trade and investment, the need for data persists as APEC’s priorities evolve.

A 2010 study commissioned by the SME Working Group examines the availability of data to measure the market access and internationalization of small businesses. The conclusion was there isn’t much to work with. Each economy defines SMEs differently, for their own contexts.

A current project by the SME Working Group and the Policy Support Unit picks up from that 2010 study to see if there has been any improvement in SME data. It also aims to begin the conversation on harmonizing data on small and medium enterprises across APEC economies.

It won’t be an easy process to update data sources for the purpose of policy focused on inclusion. Traditional sources available to policy researchers are long outdated. The UN-prescribed System of National Accounts, which measures economic activity, does not factor in gender or distribution. Labor force surveys do not factor in participation in the digital economy. In fact, none of the usual surveys factor in digital at all. To get data on the digital economy, one must rely on ad hoc surveys commissioned irregularly.

“If we want to talk about gender inclusion, we have to distinguish by gender. It has to be distributional. We have to know the difference across socioeconomic groups, circumstances, location, among other things,” said San Andres, addressing the workshop attendees, including officials from ministries responsible for women and gender and equality. “GDP doesn’t tell us who gets what and which opportunities are distributed by gender, by socio-economic group, by ethnic group, etc.”

“We have e-government platforms, maybe we can use that data. You want to update reporting templates and tables,” he said. “So many times, a lot of these data are collected and are just not reported in a gender disaggregated way. We can push some of that going forward.”

That push can be helped along by regional cooperation. In APEC, many economies already collect relevant data. The APEC forum could nudge its membership to do so in a harmonious manner so that information can be compared across economies. APEC is already harmonizing standards and conformance procedures to reduce technical barriers to trade. Something like that, only more centered around people.