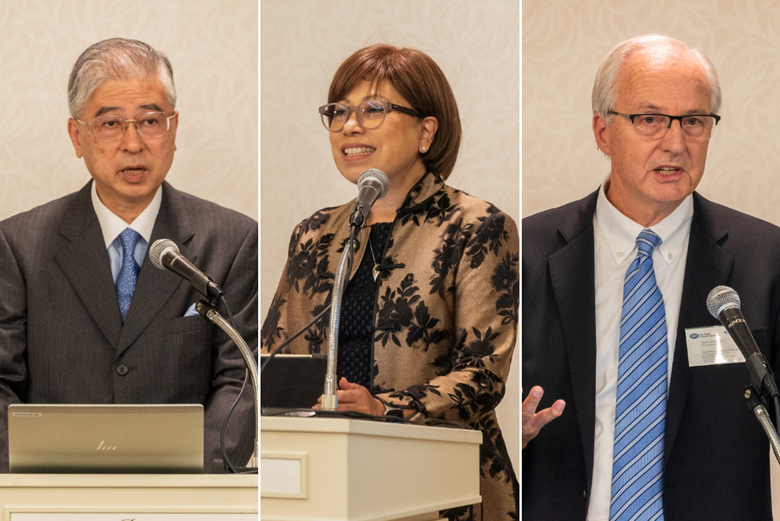 APEC is on track to meet its aspirational goals to reduce energy intensity by 45 percent by 2035, relative to 2005 levels, and to double the share of modern renewables by 2030, relative to 2010 levels, according to a newly launched energy report.

According to the APEC Energy Demand and Supply Outlook, energy intensity in APEC has been improving at an average annual rate of 1.9 percent since 2005 or cumulatively at 22 percent from 2005 to 2018. In the current scenario, where existing trends in technology development and deployment and current government programs and policies continue, APEC will reach its goal to reduce energy intensity one year earlier than expected, in 2034.

APEC’s share of modern renewables increased from 6.1 percent in 2010 to 8.7 percent in 2018. The region is expected to meet the goal of doubling renewables four years ahead of schedule, in 2026. This suggests that APEC economies are well on their way to significantly accelerating the deployment of renewables.

“The progress that we are seeing now has been achieved mainly through structural reform efforts in improving energy efficiency in the industry, transport and building sectors,” explained Kazutomo Irie, the President of the Asia-Pacific Energy Research Centre (APERC), which produced the report.

“APEC economies have also increased their direct consumption of renewables in end-use sectors and increased in the share of electricity generated by wind and solar technologies,” he added.

Based in Tokyo, the center was established in 1996 following the directive of APEC Leaders to foster a common understanding of, and solutions to, the energy challenges facing APEC member economies.

The report highlights the significant decoupling trend between energy demand and economic activity, that even with much higher economic output, end-use energy demand would only grow by a modest amount—around 14 percent from 2018 to 2050. Decoupling refers to efforts made to ensure economic growth is achieved with less energy dependency.

“This increase in energy demand will support a more than doubling in economic activity. It shows that the decoupling story is influential in all APEC economies,” Irie explained. “Decoupling is driven by continued improvements to energy efficiency, at the same time, there is a shift away from more carbon-intensive fossil fuels such as coal and oil, supported by a growth in electrification.”

In her remarks at the report launch in Tokyo, APEC Secretariat Executive Director, Dr Rebecca Sta Maria, emphasized that while climate change is a global threat, its effects are especially felt in the Asia-Pacific region, “where thousands of vulnerable communities are exposed to extreme weather events.”

“It is interesting to note at this point that, since the last Outlook was published in 2019, before COVID, the APEC region’s energy demand, supply, production, electricity generation, and CO2 emissions have all grown,” Dr Sta Maria added. “But it is also encouraging to see that APEC is pushing through its ambitious goal to reduce energy and increase the use of renewables through structural reforms and energy efficiency programs.”

Dr Sta Maria reiterated that more work needs to be done to accelerate progress and that the massive post-pandemic stimulus resources deployed by governments to accelerate recovery could be used, in part, to further integrate environmental sustainability. “Supporting a green, sustainable recovery is particularly important for APEC economies,” she concluded.

To read the APEC Energy Demand and Supply Outlook (8th Edition) - Volume I visit this link.