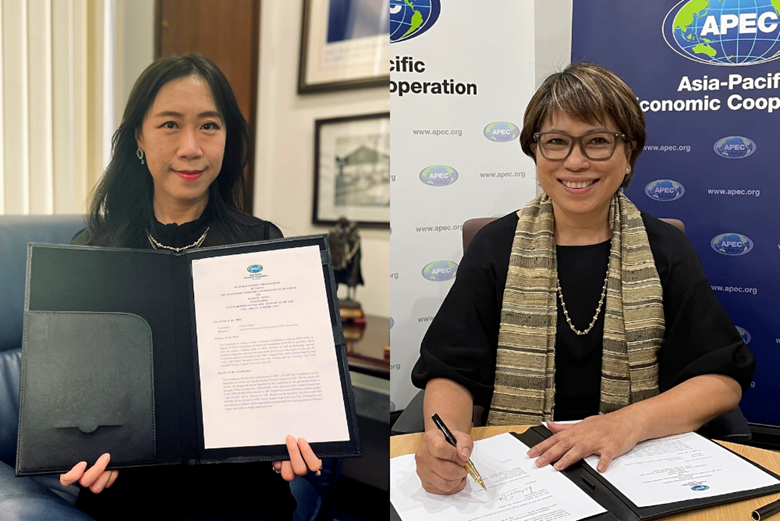 The contribution was confirmed in a memorandum of understanding signed virtually by Sharon Shang-Nien Wu, Chinese Taipei’s APEC Senior Official, and Dr Rebecca Sta Maria, Executive Director of the APEC Secretariat, in early November prior to the 2021 APEC Economic Leaders’ Week.

“This year marks the 30th year of Chinese Taipei’s membership in APEC,” said Wu. “We wish to reaffirm our commitment to advancing the region’s economic recovery, especially by facilitating capacity building projects in health, digital economy and women’s economic empowerment.”

Projects are a vital part of the APEC process. They help translate the policy directions of APEC economic leaders and ministers into actions which contribute to creating tangible benefits for people living in the Asia-Pacific region. APEC provides funding for over 100 projects each year, with around USD17.7 million available in 2021.

Around USD1 million of the contribution will go to efforts to improve the growth of the digital economy in the region and to advance APEC’s objectives of increasing women’s economic participation by supporting activities under the purview of the APEC Policy Partnership on Women in the Economy.

Additional funding will be directed to support APEC’s activities focused on human security, which includes health and emergency preparedness as well as energy and trade security. Funding will also support the APEC Policy Support Unit, the research and analysis arm for APEC.

“Our region’s economic response has been unprecedented. As an economic forum, APEC has been core to sharing experiences and promoting policies that look beyond the immediate crisis, and instead to a sustainable economic recovery,” said Dr Sta Maria, Executive Director of APEC Secretariat. “Support for capacity building initiatives focused on inclusive and sustainable growth will help APEC build a much more resilient recovery for our people in the region.”