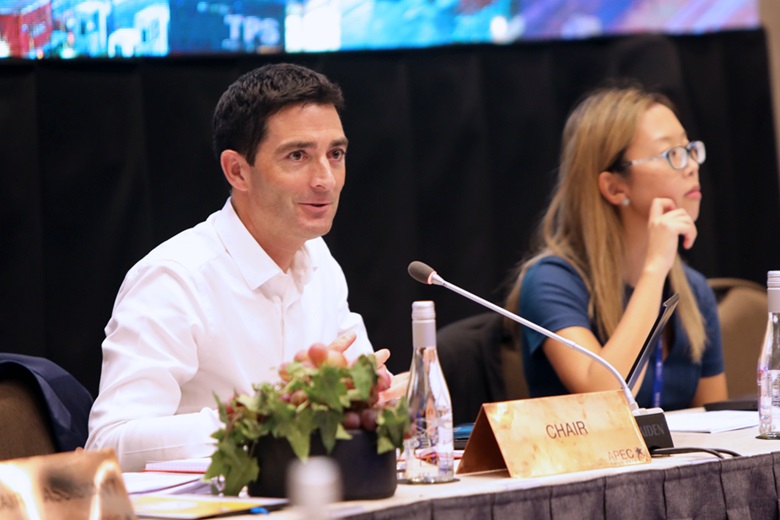 APEC economies are working on measures to boost regional trade, which is declining as the region’s main driver of growth, said a top APEC official.

As consumer spending eclipses trade in driving economic growth, the 21 economies of the Pacific rim are stepping up efforts to reduce tariffs, barriers in the services sector and bottlenecks in trade facilitation. APEC members are also pursuing ways to help small businesses reach broader markets, specifically through easing barriers in the digital economy.

“Within APEC, we are certainly looking at the issues that might be leading to the decline in trade growth and looking at what we can do to boost trade,” said Justin Allen, Chair of APEC’s Committee on Trade and Investment, who described the situation as ‘unfinished business.’

Allen cited as examples the uneven progress in tariff reduction, an increase in non-tariff measures, and a continued need to smooth out access points and choke points in the supply chains. The ‘patchy’ services sector also offers untapped potential.

“If we can boost across all the APEC economies the services sectors, make them more competitive, ease up some of the barriers that firms might face, then perhaps we can do something to arrest that decline in trade growth,” said Allen, whose economy, New Zealand, ranks as the world’s best place to do business, according to the World Bank’s Ease of Doing Business survey.

Since 2012, trade growth in the Asia-Pacific region has fallen behind GDP growth. This may reflect advances in regional integration; average tariffs have fallen consistently since APEC was established in 1989, reaching only 5.5 per cent in 2016. But boosting trade would strengthen the region against economic risks and help to further share prosperity.

Several working groups have started discussing the different regulatory approaches emerging in the region about the digital economy and the potential for coherence and cooperation in helping enterprises access markets in this area. As digital platforms enable businesses to export without reaching scale, the digital economy would foster the growth of small businesses, which account for over 90 per cent of businesses across the region.

Allen is optimistic that APEC’s non-binding discussions will continue to foster cooperation amongst its members with meaningful contributions that have led to formal trade agreements such as the Comprehensive and Progressive Agreement for Trans-Pacific Partnership, or CPTPP.

“There are binding commitments made outside of APEC that are often the results of talks started at APEC. The CPTPP is the most obvious example,” said Allen, who described the partnership as “a modern 21st century trade agreement.”