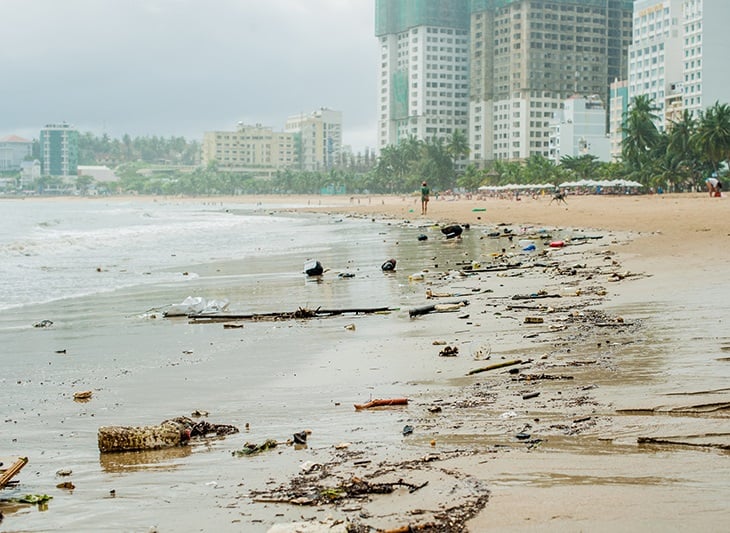 A massive increase in garbage flowing into oceans and waterways as development and consumption surge in the Asia-Pacific is sounding environmental and economic alarm bells. It is also giving impetus to a potential new wave of investment and job creation that could turn the tide on the region’s trash troubles.

The threat unmanaged garbage poses to marine ecosystems and the lives and livelihoods of tens of millions of people that depend on them has prompted central and municipal government officials from APEC member economies to team up with the private sector to build their waste management capacity. Focus is on narrowing a multibillion dollar financing gap to cope with trash forecast to accumulate to 1.4 billion metric tons in the Asia-Pacific annually by 2030.

Officials evaluated the risk landscape and detailed recommendations to improve conditions for joint investment in waste management infrastructure during consultations in Jakarta with experts from construction, investment and development banks, and environmental groups. The recommendations will better position governments to commission new and viable projects.

“Pressure on marine environments due to the buildup of human-made debris threatens biodiversity, communities and economies,” warned Tuti Hendarawati Mintarsih, Director General for Solid Waste, Hazardous Waste and Hazardous Substances Management at Indonesia’s Ministry of Environment and Forestry. The archipelago of 17,000 islands is particularly vulnerable but by no means alone.

“Greater resources are required to meet changing waste management needs in the region,” added Hiroko Yokota, a senior official in the Waste Management and Recycling Department of Japan’s Environment Ministry. “Supporting local governments with capital allocation and governance expertise is key to getting more critical infrastructure projects successfully deployed,” said Yokota. She referred to cases in Japan and new cooperation between Japan and Indonesia to develop projects in the latter that generate energy from waste treatment.

Over 80 per cent of all marine litter originates as land-based refuse, most commonly cigarette butts and lighters, food wrappers, bottles, cups, bags and toys. More than half of it, or the equivalent of a large dump truck emptying its contents into oceans and waterways every few minutes, is estimated to come from the from the Asia-Pacific where investment in waste management has not kept pace with economic development.

They build on principles established in APEC to encourage investment in waste management through political, economic and legal and regulatory reform.

It is estimated that doing so in cities in Indonesia with over 2 million inhabitants would double employment in waste management, generating 24,000 additional jobs over 10 years.

“The impact of marine debris on water and food supplies, public health and industries such as fishing, shipping and tourism is a shared problem that requires shared solutions,” concluded Susan Ruffo, Managing Director of the Ocean Conservancy. “There is still a long way to go to clean up our oceans but cooperation between the public and private sectors in the APEC region is moving waste management in the right direction and laying a path for progress globally.”