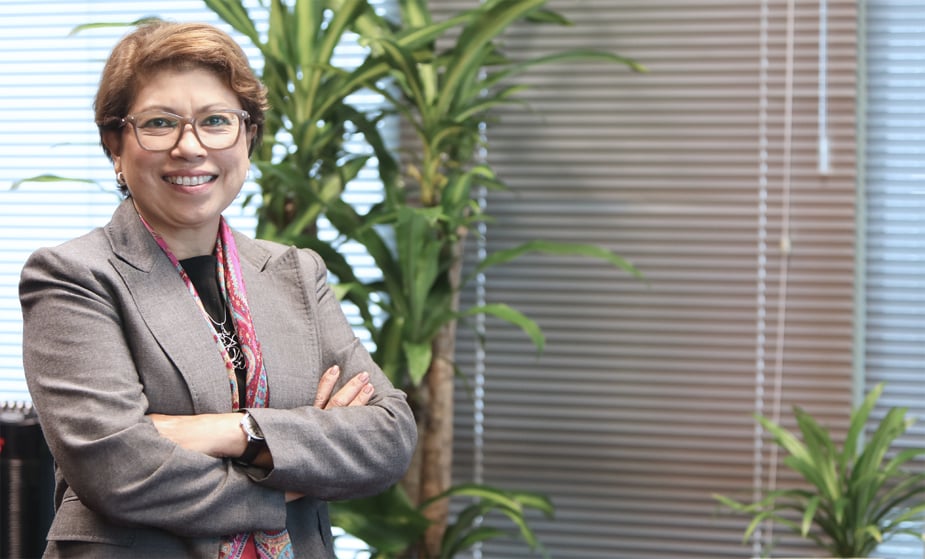 Tan Sri Datuk Rebecca Fatima Sta Maria is the executive director of the APEC Secretariat based in Singapore, which serves as advisory body, implementation arm and custodian of institutional memory for the 21 member economies that make up the APEC forum.

As Secretary-General of the Malaysian Ministry of International Trade and Industry from December 2010 to July 2016, she oversaw the formulation of Malaysia’s international trade policies and positions. She often took the lead in their implementation as chief negotiator for bilateral and regional free trade agreements such as the Trans-Pacific Partnership and the Regional Comprehensive Economic Partnership.

Dr Sta Maria played an integral role in Malaysia’s participation in multilateral forums such as APEC, where she often represented her economy during the APEC Ministers’ Responsible for Trade Meetings and the Small and Medium Enterprises Ministerial Meetings.

An accomplished academic and writer, Dr Sta Maria’s scholarship has been recognized through awards from the American Academy of Human Resource Development and from the University of Georgia. In 2017, she authored a book about her personal slice of Malaysian heritage and cuisine, called The Smell of Home.

Before 2010, the position of executive director of the APEC Secretariat rotated yearly among officials assigned by the incumbent host economy. Starting in 2010, the appointment was opened to applications from highly qualified professionals who will, when appointed, lead the Secretariat in fixed three-year terms with an option to renew.

Dr Sta Maria is the first woman executive director of the APEC Secretariat.

Rebecca Sta Maria is the executive director of the Asia-Pacific Economic Cooperation (APEC) Secretariat based in Singapore where she advises and provides support for APEC’s 21 diverse member economies.

Dr Sta Maria spent years as a top-level civil servant and trade negotiator in Malaysia. As Secretary-General of the Ministry of International Trade and Industry she oversaw the formulation of Malaysia’s positions in major agreements such as the Trans-Pacific Partnership. And, as representative to the Association of Southeast Asian Nations, Dr Sta Maria chaired the body that drafted ASEAN’s economic community blueprints for 2015 and 2025.