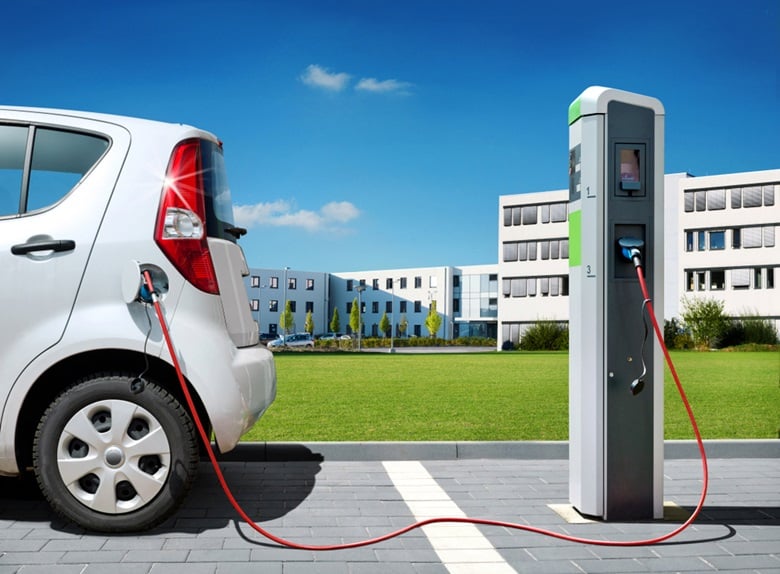 And four recommendations for how to do away with internal combustion engine vehicles, from a policy perspective

Climate change is a global existential threat. Its effects are especially felt in the Asia-Pacific region, where thousands of vulnerable communities are exposed to the extreme weather events and climate catastrophes caused by centuries of industry-emitted greenhouse gasses (GHGs) that trap heat within the atmosphere. APEC economies pump out GHGs at disproportionately higher rates than their share of global economic output or population.

In 2021 APEC Leaders committed to “integrate action on climate change across relevant APEC workstreams.” One of the most relevant workstreams within the APEC forum is transportation, an industry still in large part dependent on GHG-producing fossil fuels, and accounts for about a quarter of emissions worldwide.

The most effective and economically efficient strategy to dramatically reduce GHG emissions from transportation is promoting the widespread use of electric vehicles (EV). This would mean transitioning motorcycles, tricycles, cars, trucks and buses from being reliant on internal combustion engines, which use oil, to primarily relying on electric batteries.

Over the last three decades, EVs have vastly improved in every way: in performance, efficiency, driving range, styling and availability. Every major automaker now offers a variety of EVs for sale, often at attractive prices, which will only continue to go down.

As technology improves, battery costs continue to fall, which means EVs can become cheaper than gasoline and diesel cars before 2030. EVs are already providing fuel cost savings and incurring lower operation and maintenance costs for owners. By 2026, full-battery EVs are expected to have the lowest total cost of ownership for small and large cars as well.

In places where EVs will dominate roads and thoroughfares, local air pollution will be reduced. Making them common everywhere will be a boon in the fight against climate change.

But what can be done to supercharge the transition? A paper, jointly authored by researchers from the Institute of Transportation Studies of the University of California, Davis and the APEC Policy Support Unit, outlines four data-backed recommendations for growing the EV market from the perspective of governments and policymakers.

According to Dr Daniel Sperling, the lead author of the report, policymakers can support vehicle electrification by: changing auto industry regulations, putting up incentives to buy and use EVs, building the infrastructure to charge them, and by spreading the word.

Spreading the Word: Education and Outreach

Few people know much about EVs, and fewer are aware of the recent advancements that are making them more and more attractive from both an economic and environmental standpoint. This is the case even in places considered to be mature markets for the EV industry, such as California.

While auto manufacturers will reliably advertise, they’ve relatively lagged in marketing EVs. This is probably because the market is currently supply-constrained, rather than demand-constrained—that is, auto manufacturers aren’t making EVs fast enough—although that could change as EV sales goals are promulgated in law (see below).

For the meantime, governments could lend a hand by engaging with consumers directly through public education and outreach programs. Upfront, EVs are still more expensive than traditional internal combustion engine vehicles. Getting the word out that electrics are more cost effective than gas guzzlers may take nothing less than a well-executed public information push. In fact, it may take more.

People don’t decide on what car to buy by calculating total cost of ownership. The most compelling evidence of long-term benefits may not be enough to convince the average consumer to go electric. Governments may have to take extra steps, such as providing incentives for the purchase and use of EVs, and even so far as offering consumer subsidies.

Policymakers can exempt EV buyers from purchase or value-added tax or impose fees on buyers of high- emitting vehicles and give rebates to buyers of low-emitting vehicles, especially EVs (a policy called “feebates”). Moreover, certain privileges can be given to those who are already using EVs, such as preferential parking, access to bus or carpool lanes, and toll discounts. These very visible rewards have, according to studies, already enticed consumers into moving on to electric.

Policy doesn’t promulgate via carrot alone; often there must be a stick. In this case, it is one directed at automakers. Considering the drop in the cost of batteries, manufacturers are well positioned to scale up the production of EVs—but may drag their feet if policies don’t force them to.

One way to go about it is through government-set fuel efficiency and CO2 emissions standards. If these are ambitious enough, automakers would have to sell EVs to comply.

Another, more direct way, is to increase EV sales through mandates, or regulator-set sales targets for automakers. If a manufacturer doesn’t reach the target, they are charged a fee.

These measures double as a clear signal that the way forward can only be traversed onboard an EV. This message would be directed not just at automakers, but at other institutions as well as, which could contribute to transport decarbonization—local governments, for example (who issue permits for charging infrastructure; see below), and car dealers (who would be marketing EVs on the front lines).

One of the most crucial sectors that must be brought into the fold is the electric utilities industry, which would have to invest in and support the installation of chargers at homes, workplaces and public spaces if EVs are to become the norm. Making this happen to increase the range of EVs would be a long-term and massive public-private endeavor investment.

As the EV market expands, so does the charging network, especially to more dense urban areas where most people live in multi-unit buildings, large investments in public charging infrastructure will be needed. Policymakers can support the introduction of charging stations at all appropriate locations with public funds, and by streamlining permit processing, providing locations for infrastructure installation and supporting infrastructure providers.

This article was based on a study produced by the APEC Policy Support Unit in partnership with the Institute of Transportation Studies of the University of California, Davis, where Daniel Sperling is a professor and founding director, Gil Tal is EV Center Director, and Scott Hardman is part of the research faculty. Glacer Niño Vasquez is a research consultant and Emmanuel A. San Andres is a Senior Analyst at APEC Policy Support Unit.