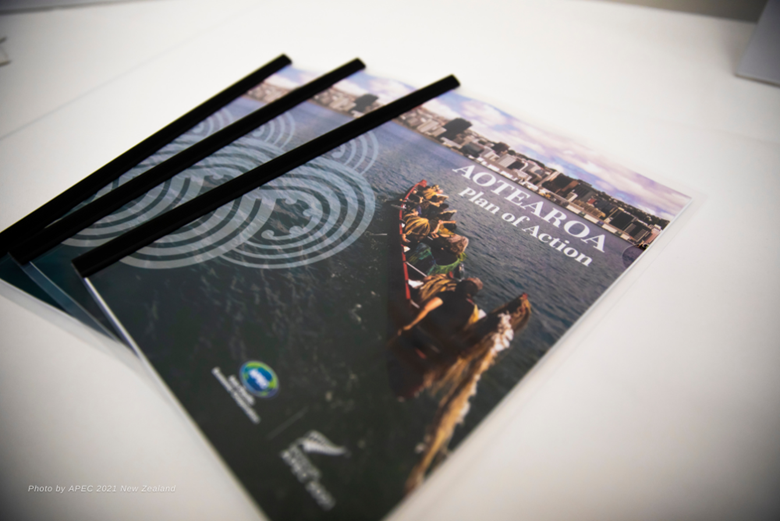 The 21 APEC Leaders have agreed on a detailed plan to help build the peace, prosperity, well-being and resilience of its 2.7 billion people, now and into the future.

This is a bold new approach for APEC. Established 32 years ago to promote cooperation in trade and investment, the group is now broadening its focus into new areas.

Over 2021, APEC economies have worked together and agreed to cooperate on digital technology and innovation, environmental sustainability, including climate change and inclusion, particularly of women and indigenous peoples.

The plan sets out clear individual actions for economies to work on through their domestic policy. One example is for economies to develop tools to help businesses operate across borders easily and cost effectively.

There are also larger, collective actions, where economies will work together. Two examples are for APEC to consider climate change when making all decisions and to recommit economies to double their renewable energy use by 2030.

The action plan has measurable elements so progress can be monitored and tracked. It is also flexible to make sure that APEC stays relevant and responsive. The world is changing fast and APEC will need to keep pace and adapt as new challenges emerge over the next 20 years.

To read the Aotearoa Plan of Action in full, visit:  http://aotearoaplanofaction.apec.org/

APEC Leaders adopted the Putrajaya Vision in 2020, while Malaysia hosted the year’s APEC meetings. Guiding APEC’s agenda for the next 20 years, the Putrajaya Vision outlined a vision of an open, dynamic, resilient and peaceful Asia-Pacific community, for the prosperity of all its people and future generations.

The endorsed action plan expands on the three drivers of economic growth that were identified in the Putrajaya Vision: trade and investment, innovation and digitisation, and sustainable and inclusive growth.

The Putrajaya Vision and Aotearoa Plan of Action replace the Bogor Goals and Osaka Action Agenda, which guided APEC’s work up to 2020. Putrajaya, Bogor and Osaka are named after host cities in Malaysia; Indonesia; and Japan. Aotearoa is the term used by Māori when they first discovered the islands that make up New Zealand. Literally, it means “land of the long white cloud.”

A version of this article was published on apec2021nz.org