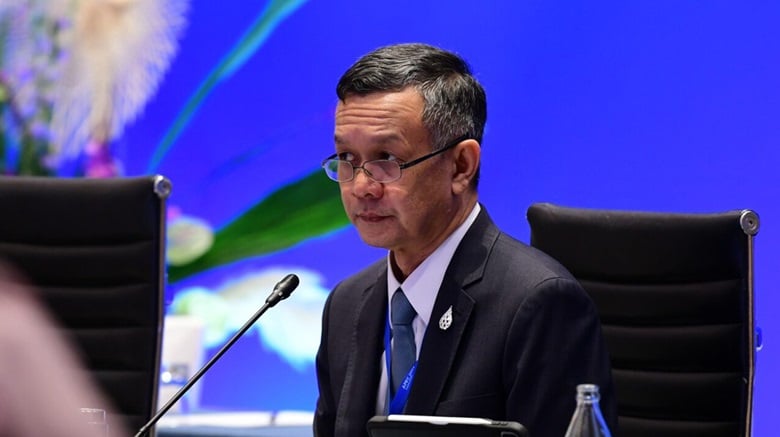 APEC Health Week kicks off with two dialogues on family planning and cervical cancer elimination, as well as their effects on the workforce and the economy

Thailand is the host of the Asia-Pacific Economic Cooperation (APEC) forum in 2022. It is a challenging task for many reasons, the least of which is our intent to lead in the region during a period of recovery after COVID-19. Besides recovering from the human and social costs and economic shocks, this also means ensuring that APEC economies act upon hard-won lessons from the pandemic, of which there are many.

The pandemic made us appreciate, for example, how health, economic and social policy are intertwined. COVID-19 also exposed deep inequalities, such as the troubling fact that women were disproportionately affected during the health and economic crisis. This imbalance, I believe, extends beyond the crisis, and should inform what to prioritize as we rebuild the region.

In the spirit of this—and of “Balancing in All Aspects,” one of APEC’s priorities in 2022 which emphasizes inclusive growth—APEC health officials gathered in Bangkok this August for APEC Health Week and kicked it off with two APEC Health Working Group policy dialogues last week, centered on women’s reproductive health.

The morning session, on “smart families,” was presided over by Deputy Public Health Minister Sathit Pitutech, who called attention to the demographic challenges, and their associated economic implications, faced by the APEC region.  At least 17 of the 21 members of APEC are going through significant population-related challenges. Examples of these are the fall of total fertility rates below replacement rates—that is, the average rate of birth with which a population can maintain its number from one generation to the next—as well as the persistence of high unintended pregnancies in APEC economies. Both may have long-term, negative economic effects. On the one hand, low fertility, will eventually put a strain on the workforce as the number of dependents grow by comparison. On the other, unintended pregnancies will hamper the ability of affected women to be effective participants in the workforce and economy.

The dialogue participants were called on to begin developing a menu of comprehensive, holistic policy options that will enable reproductive choice, and therefore strengthen the economic empowerment of women. They also encouraged APEC representatives to build consensus and collaborate to address these trends.

One way Thailand addresses these challenges is through its Smart Families initiative, hence the name of the dialogue. It is a comprehensive and holistic project that provides information for avoiding unintended pregnancies and fertility planning for those who want to have children. Following the policy dialogue, an expert working group will be assembled to further develop and formalize policy options over the course of three sessions between October 2022 and June 2023.

In the afternoon we held a dialogue called “Promoting Sustainable Economic Advancement for Women by Addressing Policy Barriers to Prevention, Control, and Elimination of HPV and Cervical Cancer.”

Its moderators—Dr Edward Trimble, a senior advisor at the United States National Cancer Institute, and Dr. Suleeporn Sangrajrang, who is Deputy Director of Health System Development at the Thailand National Cancer Institute—convened stakeholders from different sectors and economies to exchange best practices and support policy decision-making to address barriers to cervical cancer prevention, treatment and care.

Cervical cancer is one of the most common cancers affecting women worldwide. An estimated 340,000 died of it in in 2020, 35 percent of which were in APEC economies.

It is a problem well suited for the APEC forum—which has a diverse range of economies as members—as cervical cancer is nearly twice as prevalent in low- and middle-income economies, with mortality rates ranking three times as high. APEC has been promoting an HPV and cervical cancer prevention and care continuum since 2013, and has since put together a Roadmap to Promote Sustainable Economic Advancement for Women Through Cervical Cancer Prevention & Control, first endorsed by APEC in 2017 and again in 2021.

Cervical cancer is unique in that it is the only cancer that can be eliminated from a population. However, the COVID-19 pandemic has resulted in decreasing rates of in HPV vaccination, screening and treatment leading to more women presenting with late-stage cervical cancer, treatment for which is more invasive and less effective. While this hindrance in progress is unfortunate, it is also an opportunity to redouble efforts. As economies recover from the pandemic, systems and countermeasures that were designed to respond to the pandemic, including innovations in medical technologies, strengthening of population-based registries, and availability of education and access programs, can be applied to the HPV and cervical cancer prevention and control continuum.

As in the case of family planning, cervical cancer has an impact on the participation of women in the workforce. Both are issues of health, gender equality, as well as economy. It has been long established that it would be beneficial for everyone if women are more empowered to participate more in the economy.

Health ministers meet here in Bangkok last week as well—their first physical meeting since the pandemic. Given the outcomes of the meeting, we can expect their support for our commitment to increasing equity and addressing health barriers specific to women in the workforce and in business, as well as other initiatives to ensure the region’s health, safety and prosperity as we reconnect and recover.

Dr Pongsadhorn Pokpermdee is the chair of the APEC Health Working Group.

APEC Seminar: Social Policies for Migrants to Prevent the Transmission of HIV/AIDS