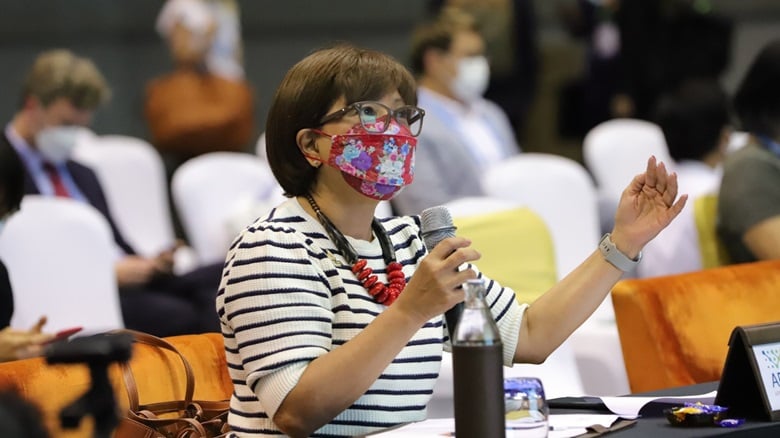 The establishment of the Asia-Pacific Economic Cooperation (APEC) saw the region experience a period of enthusiasm for multilateralism and economic partnerships among governments with different, even contrasting, political and ideological shades. For three decades, ultimately too short a period, it was a given that free trade and economic cooperation would lead to growth, prosperity and improved living conditions for billions of people.

Thailand had a key role in ushering in this period as a founding member of both the Association of Southeast Asian Nations (ASEAN) and the APEC forum.

If ASEAN is mainly determined by the cultural and geographic ties of its nations, APEC brings together an unlikely group of 21 economies from around the Pacific, ranging from small, to middle-income, to the biggest economies on earth—Japan, China and the United States. This means the forum can take a uniquely pluralistic view in matters that affect the economic growth of the region.

Each year one member voluntarily hosts the hundreds of workshops, dialogues, and meetings of officials, from the working group to ministerial and, of course, leader level. Thailand has volunteered thrice: in 1992, just three years after APEC was founded; in 2003; and this year—which might just be its most significant host year yet.

This will also probably be one of the most difficult years to host APEC for any member. It challenges the 30-odd years of multilateral optimism. While there are many benefits to the rise of globalism during this period, we also know that the economic growth remains unequally distributed. Furthermore, we now know with scientific certainty that environmental degradation was one of the costs of this growth, bringing about significant changes to the climate, endangering many communities around the region, especially those in the geographic and economic fringes.

Over the course of many challenging events, including two major financial crises, a disruptive trade war between the two biggest economies, and of course, the COVID-19 pandemic, we have heard many point out the cracks in the old comfortable order. But multilateral cooperation endured. COVID-19, for example, had many APEC officials express concern that protectionism and vaccine nationalism will prevail. But the collegial bonds cultivated among APEC economies over the decades proved strong, and ministers and leaders came together (albeit virtually) to pledge, among other things, support for facilitating the movement of vaccines across borders and low tariffs for essential medical goods.

Today, as we are just beginning to recover from the economic crisis and pandemic, the bonds between APEC economies are being tested yet again, by the war in Ukraine. There is something different about this crisis—it has surfaced ideological differences among a few economies, manifested in acts of protest spilling over to even economic meetings such as APEC.

The APEC Ministers Responsible for Trade Meeting held late last month in Bangkok was a milestone event. It was the first meeting of ministers held in person in three years, during a time when economies are struggling to reopen while bracing for disrupted supply chains, slower growth, and concerns over possible food shortages. It's no surprise that many outside observers focused on the disagreements among some members over the war.

For two days, the trade ministers of the Asia-Pacific discussed a range of important issues such as APEC's support for the rules-based multilateral trading system as the 12th WTO Ministerial Conference nears; the eventual realization a Free-Trade Area of the Asia-Pacific; and climate change and sustainable development, with its impact on trade and inclusive economic growth. The ministers also focused on initiatives to resume travel safely.

Members agreed on nearly everything on the agenda. This will go on to positively influence economies' trade and domestic policies to become more sustainable and inclusive. However, as expected, they did not reach consensus. In a statement, Deputy Prime Minister and Commerce Minister Jurin Laksanawit, who chaired the meeting, gave an assessment of the prevailing views of all APEC member economies, including those on both sides of the Ukraine issue, and the way forward for the forum to advance growth. It shows how Thailand will expertly host the rest of APEC 2022—by listening intently to the views of APEC's diverse membership and emphasizing what unites them.

The world is dividing, and there are few avenues where members can come together to engage in genuine dialogue. Views will differ around the table, but APEC's efforts, under Thailand's leadership, will continue, and we will be seeing each other again in the Land of Smiles in the coming months as we work to open, balance, and connect the region.

Dr Rebecca Sta Maria is the executive director of the APEC Secretariat. This article was first published in the Bangkok Post.