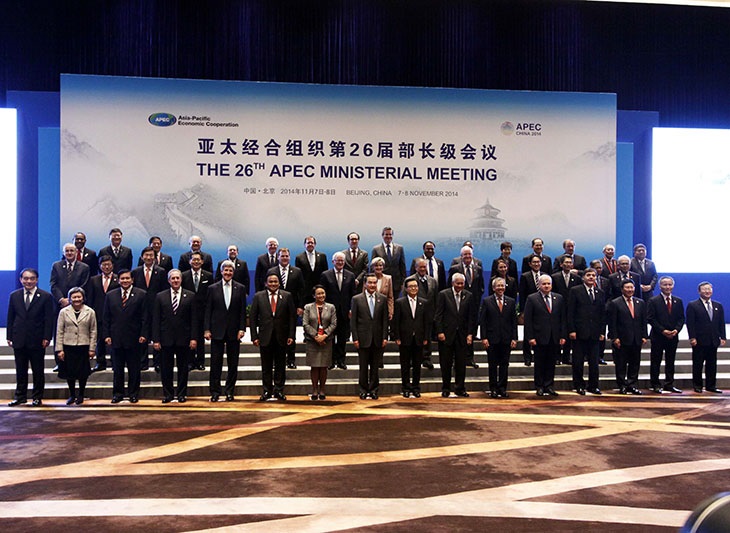 A Joint Ministerial Statement detailing new actions for deepening Asia-Pacific partnership to navigate the changing regional and global landscape and boost economic recovery was issued by APEC Ministers following the conclusion of the 26th APEC Ministerial Meeting on Saturday in Beijing.

Initiatives contained in the Joint Statement prioritize the unlocking of new sources of growth based on the establishment of conditions that foster greater regional economic integration, promote innovative development, economic reform and growth, and strengthen infrastructure investment and comprehensive connectivity.

The Joint Statement further outlines next steps for addressing the significant challenges now confronting the multilateral trading system under the World Trade Organization, taking into account a frank assessment of the future its negotiating function provided to Ministers by Director-General Roberto Azevedo on Saturday.

A series of next generation measures for advancing APEC member economies’ regional and global priorities are also described in the following annexes within the Joint Statement:

A press conference on the outcomes of the 26th APEC Ministerial Meeting will be led by Co-Chairs, China’s Foreign Minister Wang Yi and Commerce Minster Gao Hucheng, on Saturday afternoon. It will be followed by the 2014 APEC CEO Summit on 9-10 November and the 2014 APEC Economic Leaders’ Meeting on 10-11 November.