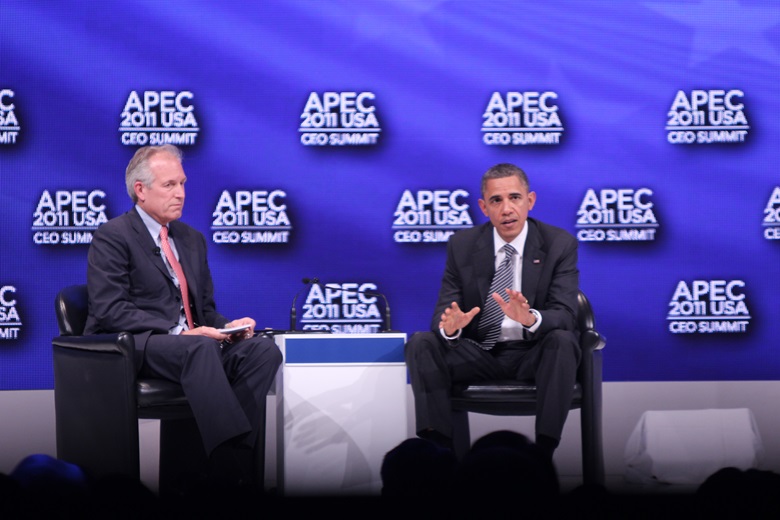 US President Barack Obama signed the bill today before addressing business executives at the APEC CEO Summit in Honolulu, describing the scheme as an “APEC business gold card.”

The law allows US business people to apply for the card, increasing their mobility by expediting scheduling of visa interviews and fast-tracking processing at immigration checkpoints in APEC economies throughout the region.

“I just signed a piece of legislation that was voted on unanimously out of Congress that essentially sets up an APEC business gold card,” President Obama told the summit to applause.

“Everybody here appreciates it because they're not going to have to wait in line as long at the airport,” he said.

Deb Henretta, chair of the APEC Business Advisory Council (ABAC), welcomed the new law which “will help US citizens take advantage of business and trade opportunities in the fast-growing Asia-Pacific region.”

“Access to the APEC Business Travel Card will save US business people valuable time and money as they travel throughout the area,” said Ms Henretta, who is P&G Group President, Asia.

Rich Lavin, Group President of Caterpillar, said the law “is good news for U.S. business people as they travel in the region, working to expand into Asia-Pacific markets and business opportunities for their companies.”

“The legislation is a clear signal that the United States is assisting businesses as they forge stronger trade ties in the region,” said Mr Lavin, also an ABAC member.

Currently, the United States fast-tracks card holders via special lanes at key immigration checkpoints. The new legislation, which passed the US Congress earlier this month, allows US senior business people to apply for the cards which will enable them to use special fast-track lanes at major airports and seaports in APEC economies.

US Customs and Border Protection is working to implement the program as soon as possible. Once production of the card commences in the United States, information will be available at [email protected] and http://www.businessmobility.org/travel/index.asp

The scheme facilitates business travel in the Asia-Pacific by allowing cardholders pre-cleared immigration entry into the 18 fully participating member economies, eliminating the cost and time involved obtaining visas. Canada, Russia and the United States are transitional members. Card holders are allowed expedited transit through special fast-track lanes at major airports and seaports in all 21 economies.

The study by the Policy Support Unit, an independent research unit at APEC, also found transaction costs for card holders have been reduced by 38%. The continued improvement of the ABTC scheme means even more benefits for business travellers in the Asia-Pacific.

The study found that transaction costs for card holders were reduced by 38% from March-July 2011 over the previous 12 months, which translates to total savings of US$ 3.7 million. Card holders were surveyed between March and July this year and asked about their travel patterns over the last 12 months.

“This shows that APEC is committed to improving the scheme which already saves business leaders valuable time and money,” said Agnieszka Holland, Chair of the APEC Business Mobility Group which oversees the scheme.

“The ABTC is one of APEC’s great success stories; it contributes to APEC’s goal of free and open trade and investment in the Asia-Pacific, and shows how practical cooperation can be achieved,” Ms Holland said.

The study was conducted as part of an assessment of APEC’s Second Trade Facilitation Action Plan (TFAP II). The assessment found APEC had reached its target of reducing trade transaction costs by 5% across the Asia-Pacific region between 2007 and 2010.

The 5% reduction resulted in US$ 58.7 billion in total savings for business, the assessment found.

Under TFAP II, APEC has been carrying out initiatives around the region to encourage economies to undertake reforms and improvements to streamline trade in four priority areas; customs procedures, standards and conformance, business mobility and electronic commerce (data privacy and paperless trading).