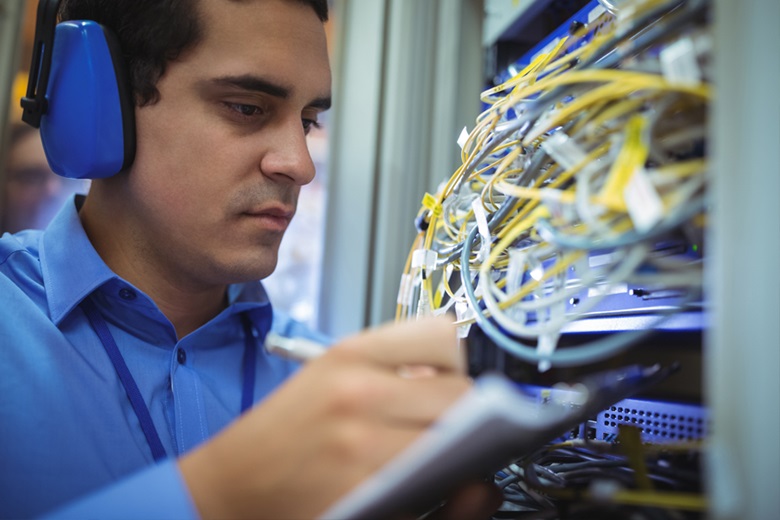 “Every business operating in more than one area will tell you that data flows are necessary for even the most basic business functions.” – Michael Rose, vice-chair of APEC’s Data Privacy Subgroup

APEC Prepares for the Digital Future of Trade

Digital technology is a great leveler: people have access to exactly the same email and digital tools whether they are an investment banker in Madang or a farmer in Manhattan, making the flow of data across borders ubiquitous and therefore a valuable part of the lives of billions.

“But as with all things of immense value, protecting data is a key challenge for government and policymakers,” said Michael Rose of the U.S. Department of Commerce during a dialogue on digital trade between public and private sector experts held in Port Moresby early this month.

The dialogue was one of the first activities that went deep into APEC’s key theme this year of embracing the digital future, and tackled head on current and emerging issues like the restrictions on cross border data flows to protect public interest, including the welfare of consumers and small business owners.

According to Rose, vice-chair of APEC’s Data Privacy Subgroup (DPS), it is a great challenge, “convincing reticent minds on the merits of the free flow of information.”

“Every business operating in more than one area will tell you that data flows are necessary for even the most basic business functions,” he said, “from processing payroll and insurance for employees, to logging sales data.” 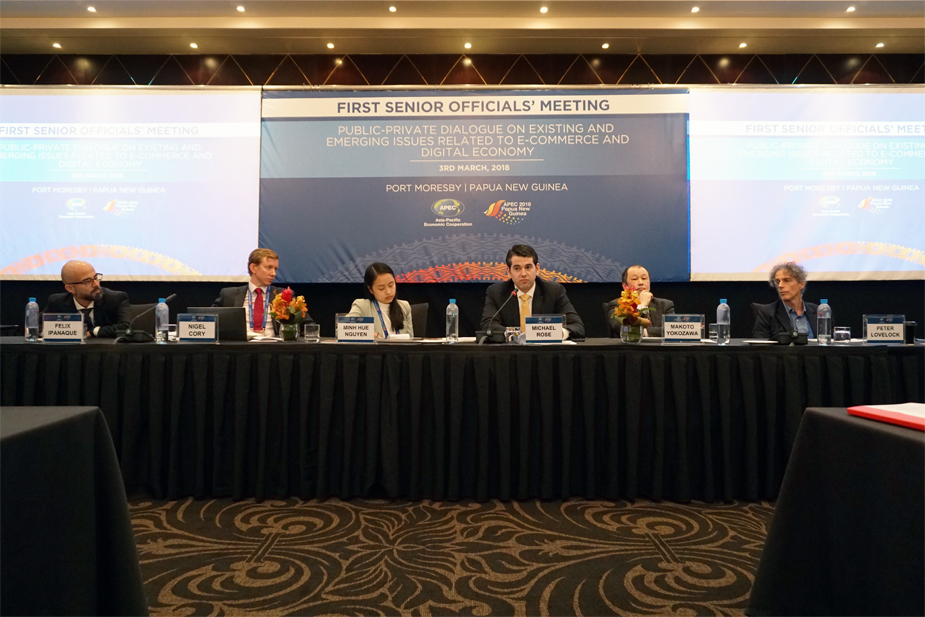 The first panel of the public–private dialogue tackled the development and dissemination of new technologies, such as cloud computing and big data.

The issues surrounding e-commerce and the digital economy are a far cry from the tariff barriers to trade that were the main focus in the 20th century. Twenty-first century trade involves very different issues. Unlike tariffs, which are easily identifiable at the border, modern barriers to trade, like those that affect data flows, are not as easy to identify, and their impacts are not as easily assessed.

“Governments must be prepared for addressing these emerging issues, when negotiating, and regulating, while bringing increased welfare to all citizens,” said Julio Chan, APEC General Coordinator of Peru's Ministry of Foreign Trade and Tourism, who organized the public-private dialogue.

“Due to globalization and due to the fourth industrial revolution the world is changing faster and digital tools are becoming more important in our lives,” Chan said during his opening remarks, “but also for trade and business in the region.”

A recurring point among policymakers and private sector representatives alike is the need to strike a balance between consumer protection and free flow that organizations such as APEC have achieved in world trade when it comes to goods.

“International trade law has long dealt with concerns around consumer protection in a world of legalized trade,” said Nigel Cory of Washington, DC-based think tank the Information Technology and Innovation Foundation. “Obviously, trade touches upon many domestic interests that economies are sensitive to, but they’ve found ways through mutual agreements on how to deal with these in a way that allow them to address legitimate issues while still encouraging trade.”

One example Cory cites is food safety standards, which are “critical to consumer protection and yet they can be designed in a way that they are not arbitrary from a trade perspective.”

“Rather, they can be based on science so that they are not used to disguise protectionism,” he continued. “The ultimate result is that consumers have access to food around the world, while governments can still restrict unsafe foreign foods.”

Over the last three decades, the APEC-led effort to bring down barriers to trade between economies of the Asia-Pacific has been successful. Through free trade and economic cooperation, the collective GDP of APEC economies more than doubled. The middle class grew, and hundreds of millions have been lifted out of poverty.

And while there is yet to be a global or even regional norm for digital trade, there are systems and approaches to data flow and data protection that are already available.

APEC itself offers an arrangement through its Cross-Border Privacy Rules (CBPR) System, which has raised protections for consumers throughout the Asia-Pacific region while offering a mechanism to preserve commercial data flows for businesses in economies that have signed up for the program.

“Over the last two years, participation among APEC members has more than doubled,” reported Rose. “Now, nearly half of APEC economies have committed to participating in the system or are already members.”

As more economies join the system the forum moves closer to a better connected and free trade digital environment. And by working with industry to raise standards for privacy protection and cyber security frameworks, while ensuring market access and correcting trade barriers, Rose is confident that “we in these fora can take a leading role in advancing digital trade policy across the world.”