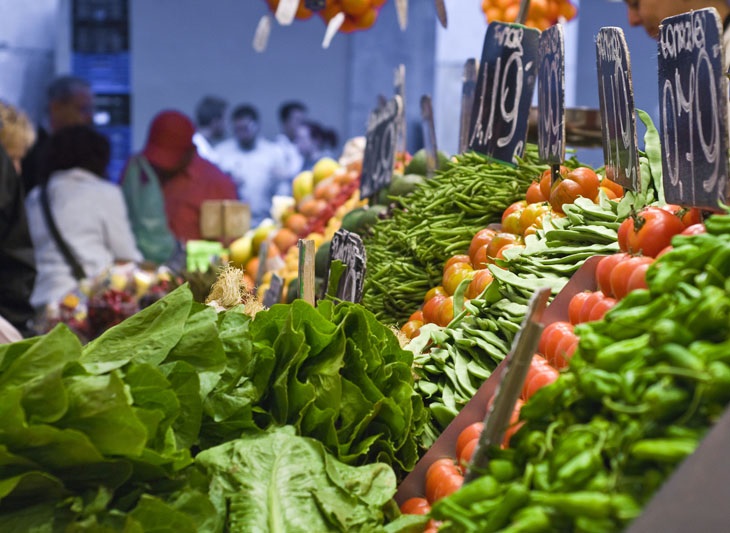 Given that food safety capacity building, such as laboratory testing, has historically been under-resourced in the region, training has been at the core of APEC’s strategy to improve food safety.

A small group of laboratory scientists from APEC economies carefully prepare 1.5 mL centrifuge tubes with a mix to detect Salmonella in food samples. As part of an ongoing Asia Pacific Economic Cooperation (APEC) food safety project, these scientists received training on innovative rapid detection methods for Salmonella and other pathogens in food. Building the capacity to detect, control and prevent foodborne pathogens, like Salmonella, has been at the core of APEC’s initiatives to improve food safety in the region.

Food and waterborne pathogens are one of the leading causes of illnesses and death in developing economies. The World Health Organization estimates 2.2 million deaths occur annually as a result of contaminated food and water, impacting children disproportionately. Moreover, in developed economies, around one-third of the population suffer from food borne illnesses each year.

With increasing reports of food contamination and illness outbreaks from E-coli bacteria in spinach to Salmonella in chicken, food safety practices are critical along every step of the global food supply chain—from farm to table.

In 2007, the APEC Food Safety Cooperation Forum (FSCF), led by China and Australia, was established to improve the technical competence of food safety management and detection practices throughout the food supply chain. Ensuring food safety is a growing challenge in the Asia-Pacific and beyond. Food safety incidents disrupt supply chains, hinder trade flows and can have significant economic and public health impacts.

“Companies source food ingredients from markets across the world and export globally as well. This means that one incident can spread quickly across multiple markets worldwide,” said Renee Hancher, Lead for Standards Policy and Negotiations with the International Trade Administration at the U.S. Department of Commerce, who currently oversees a multi-year APEC project aimed at strengthening food safety regulatory systems and members’ use of international food safety standards and best practices.

“The economic costs from food safety incidents can be severe, particularly for small and medium-sized enterprises and farmers who are disproportionately affected by post-harvest losses,” she added.

According to the Grocery Manufacturers Association, losses due to food recalls in 2010 were estimated to be around USD 200 million from Salmonella-tainted tomatoes and peppers and USD 66 million as a result of contaminated peanut butter.

Food Safety from Farm to Table

“Building the capacity of economies to produce, access and distribute safe food to their citizens is critical to food security and safe food supply chains in the region,” said Steve McCutcheon, Co-Chair of the APEC Food Safety Cooperation Forum and Chief Executive Officer of Food Standards Australia New Zealand.

“Given that food safety capacity building, such as laboratory testing, has historically been under-resourced in the region, training has been at the core of APEC’s strategy to improve food safety,” added McCutcheon.

Since 2007, the APEC Food Safety Cooperation Forum (FSCF) has implemented capacity building and technical training programs throughout the APEC region in the areas of risk analysis, development of food laws, standards and enforcements systems, microbiological risk assessment and management of food safety incidents and food recalls.

Over the last seven years, more than 34 food safety capacity building and laboratory training projects have been implemented involving participants from APEC’s 21 economies.

As part of a current APEC Partnership Training Institute Network (PTIN) project, an in-laboratory pilot training was conducted for food safety scientists from Chile and China in late 2013, supported by the U.S. Department of Agriculture.  The pilots were held at the International Food Safety Training Laboratory in the United States—a facility at the University of Maryland’s Joint Institute for Food Safety and Applied Nutrition (JIFSAN), specifically designed to provide hands-on training with technical contributions from academic, public and private sectors.  The goal is to create networks of expertise and to apply laboratory methods in the context of import-export regulations for food products.

“In addition, a goal of the pilot project was to train the Chilean and Chinese scientists to become trainers themselves on new food safety techniques for technical experts and regulators in their economies, and around the region.” added Dr Dubois.

For example, Chilean government scientists received training on the methods used for regulatory sample analyses in major export markets, including molecular techniques for food testing that target the genetics of micro-organisms for detection and analysis, with a focus on Salmonella, as well as viruses, parasites and toxin-producing E. coli. Rapid molecular techniques are some of the most promising advances in food safety and quality, providing quick and reliable results in a fraction of the time required for traditional testing methods that may take many days.  Other pilot trainings were held on methods of analysis for veterinary drug residues, pesticides and mycotoxins produced by molds and funghi.

The Chilean scientists then returned to their economy and conducted a workshop that trained over 130 representatives from the public sector, food industry and academia on these new microbiological testing techniques and chemical methods for assessing drug residues in meat.

As a result of the project, Chile also improved and streamlined their laboratory analysis process for food testing.

“This project was coordinated by the Food Safety and Quality Agency (ACHIPIA) in Chile. The main challenge was that the three Chilean institutions managing food safety worked with different food testing criteria and protocols,” explained Dr Javiera Cornejo Kelly, from the Faculty of Veterinary Science in the Food Science Unit at the University of Chile, responsible for the transfer of knowledge through local food safety workshops.

“As a result of this training, the three different institutions, covering public health, fisheries and agriculture, committed to create unified protocols and standard microbiology methods which can be applied across all laboratories,” added Dr Cornejo.

This helped to optimize resources and avoid duplication while encouraging coordination between the various food safety-related agencies in Chile.

Chinese scientists have also trained experts in their economy as a result of current and past APEC capacity building projects on food safety detection techniques.

“Through cooperation with the Chinese Food and Drug Administration, our lab in China has carried out about 30 professional training courses, with more than 3000 food safety-related personnel and 500 food enterprises attending over the past few years,” said Dr David Ji, Director of the Qingdao Key Lab of Modern Agricultural Quality and Safety Engineering.

APEC’s food safety work has also served as an incubator and provided a successful model for food safety training worldwide. In 2011, the World Bank launched the Global Food Safety Partnership (GFSP) modelled after and building on the capacity building activities of the public-private partnership food safety model that APEC pioneered.  APEC and the World Bank have signed a Memorandum of Understanding and recently piloted food safety management training for aquaculture farms, seafood processing plants and government regulators in Indonesia and Viet Nam. These training modules are available online for worldwide use as well.

“Quite simply, the World Bank believed that if the food safety work taking place in the diverse APEC region could succeed, then it could be replicated in other regions,” said Ms Hancher.

The Third APEC Ministerial Meeting on Food Security is currently behind held in Beijing, China on September 18-19, and will include a Special Session of the APEC Food Safety Cooperation Forum.